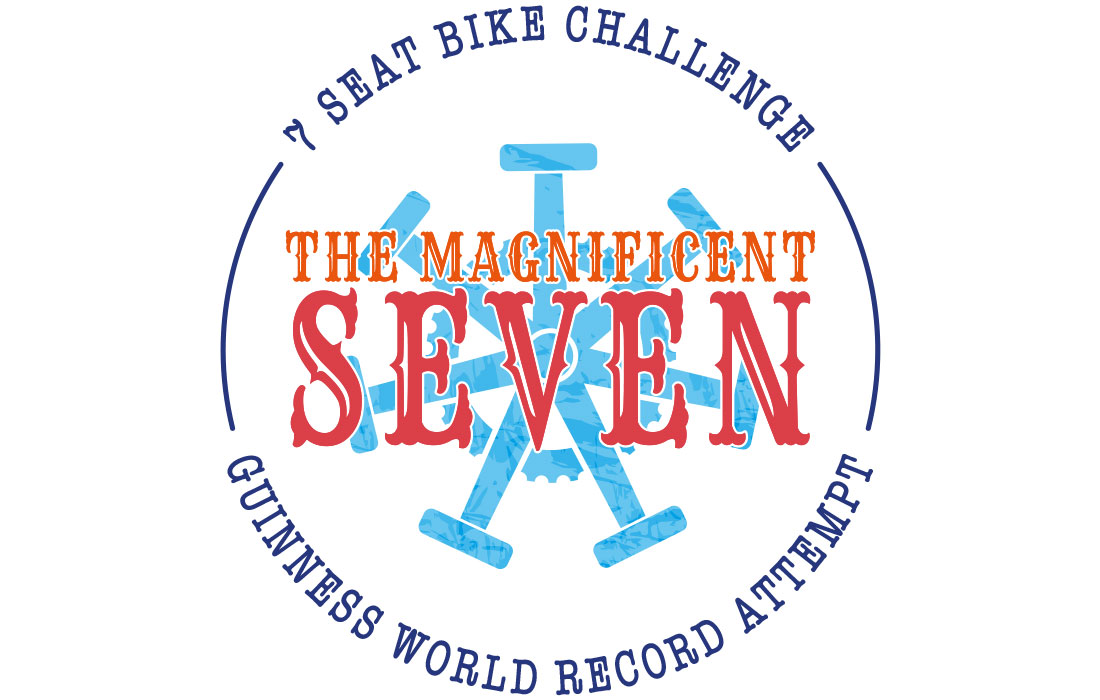 LIVE TRACKING OF THE CHALLENGE HERE

THE CHALLENGE THE BIKE THE TEAM GET INVOLVED THE SCHEDULE CONTACT 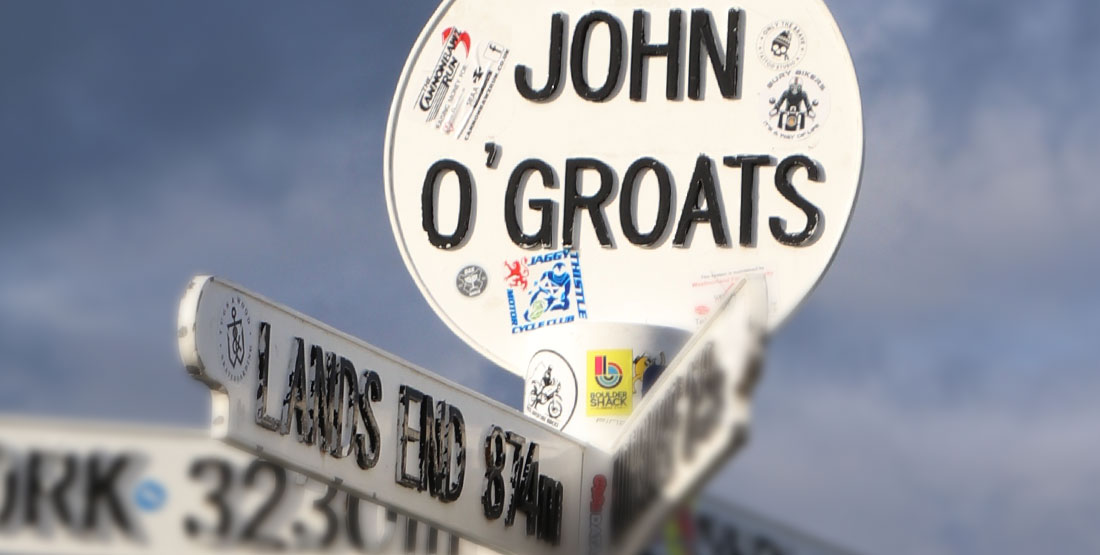 John O’Groats to Lands End is an iconic long-distance cycle ride covering approximately 1,000 miles from the north coast of Scotland down to the beaches of Cornwall.  It is a tough endurance ride even on a standard bike but it’s an even bigger challenge on a seven seat conference bike weighing in at 200kg, with an average speed of 6 miles per hour!  The current Guinness World Record was set in 2010 by a team of 194 people taking 28 days, 8 hours and 27 minutes, the aim is to smash this record by completing the challenge in just 7 days with 14 people! 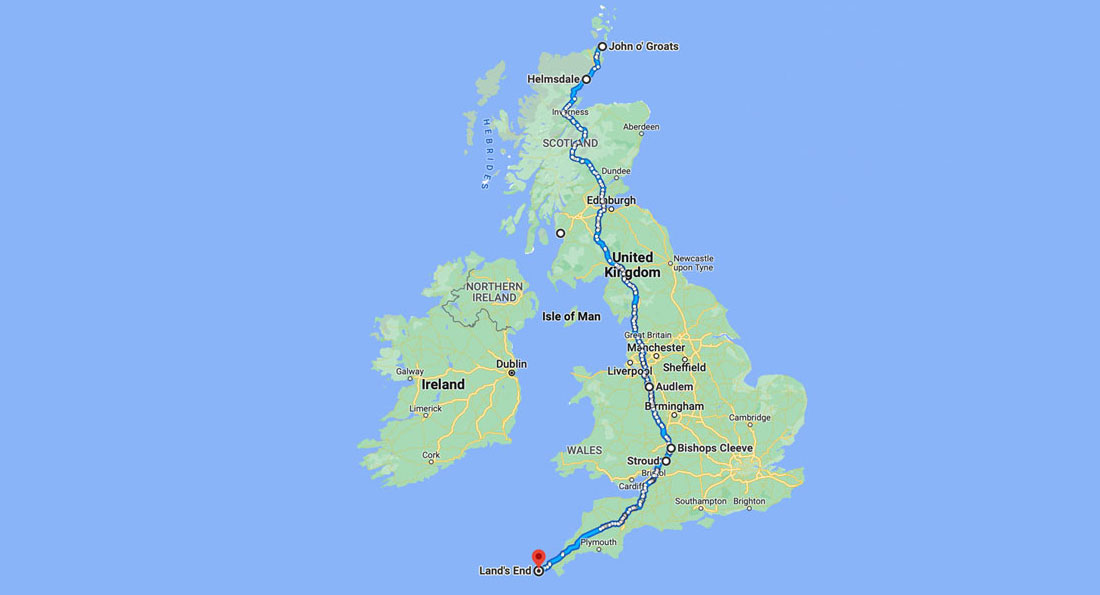 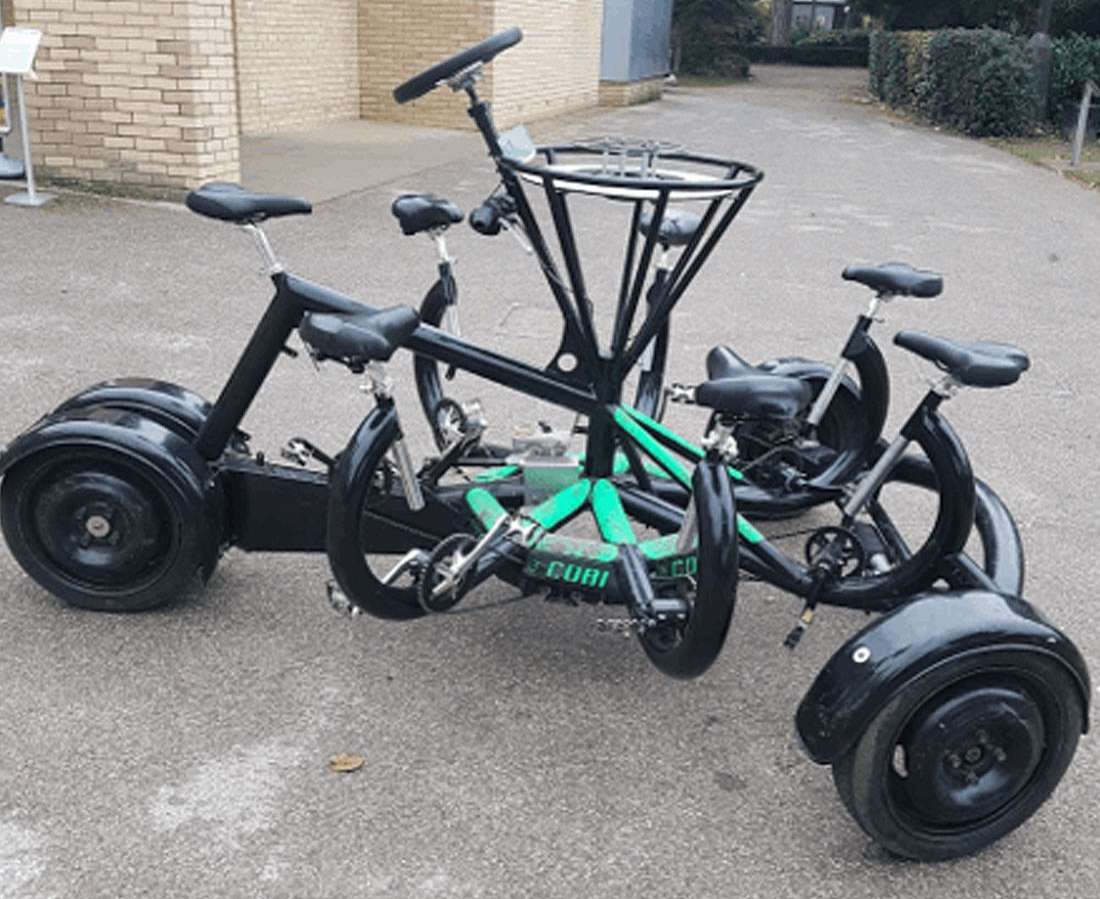 Never heard of a conference bike? Neither had we! Originally intended as a team building tool the 7 seat bike allows everyone to sit socially facing inwards in a circle, 6 people pedal while the person at the back steers. Weighing in at a hefty 200kg (without riders) with a reported top speed of a terrifying 47 miles per hour (going downhill) but a lot slower on the flat and even slower going uphill, if the team can keep an average of 6 miles an hour they’ll be doing really well.

Once the conference bike’s wheels have started turning in John O'Groats the aim is to not stop pedalling until crossing the imaginary finish line in Lands End. To do this there are going to be two teams of 7 people who will take turns to ride and rest in 8 hour shifts.  The teams are:

The core group of riders all met at University and have kept in touch ever since. They have done several cycle touring trips in the past (such as Lhasa to Kathmandu, across Iceland and Shimla to Leh) but nothing quite like this before. The idea started with Colin's son getting the book of Guinness World Records from the library where he came across the 'splendidly silly but hard' conference bike record, he pitched the idea to some of the friends over Christmas, and the rest as they say is history! Fellow rider, Jeff has a previous connection with CFC and suggested supporting us with their record breaking attempt;

"I was diagnosed with Hodgkin Lymphoma in 2008. As an ex Elite cyclist there was no way I was going to follow the stock "rest & take it easy" advice. Thanks to Mike's research (CFC CEO), Lance Armstrong's first book, a forward thinking oncologist and some very supportive cycling buddies, I kept riding all the way through my treatment and I am confident that I came through the other side in a much better way thanks to the exercise. I'm not sure how I met Mike but we got together a number of times and his research and subsequent work were invaluable. Cancer is tough on adults, but so much tougher on kids, so supporting CFC was a natural thing for me to do, particularly given that my cousin's son did not survive cancer at a very young age. The work that you do is so great in both aiding recovery, and enriching the lives of the benefactors; when we decided on this endeavour I was very keen that we found some way to support CFC".

The team are going to need all the support they can get and would love for you to get involved any way you can:

If you would like to speak to someone at Team CFC about the challenge and how you can get involved please contact Rachel on rachel@cyclistsfc.org.uk.

For all press enquires please contact the team at Aspire PR on CyclistsFC@aspirepr.co.uk.